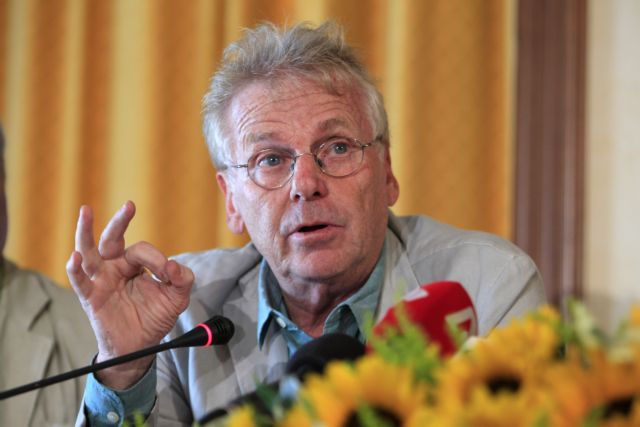 The former head of the European Greens in the European Parliament Daniel Cohn-Bendit [pictured] has argued that Greece had alternative options to austerity, but has missed the opportunity to implement them.

Mr. Cohn-Bendit made the comments on the French radio station Europe 1 and argued that the majority of the Greek people cannot endure the austerity anymore. Mr. Cohn-Bendit stated that wages were slashed by 40% on average, while prices remained high.

While reforms in Greece were necessary, the rate at which they were implemented – due to the German-derived neoliberal doctrine – was excessive. Mr. Cohn-Bendit maintains that there always alternative solutions in a democracy, such as different policies and rates of reform. The investment in renewable and alternative forms of energy, for example, could reduce the cost of importing oil.

Regarding the fears surrounding the possibility of a left government succeeding the current coalition government, Mr. Cohn-Bendit believes that SYRIZA will not abandon the euro for the “simple reason” that he cannot do so. Instead, Mr. Cohn-Bendit fears that SYRIZA has promised a lot, meaning that new loans may be necessary, aside from a coming to a settlement.

Concluding, Mr. Cohn-Bendit stated that a radical left-wing government would be a positive development, as it will make force both the radical Left and the hard-line Europeans to reach a compromise.