The general worker confederation GSEE has invited employer bodies SEV, GSEVE and ESEEE to begin discussion regarding a… 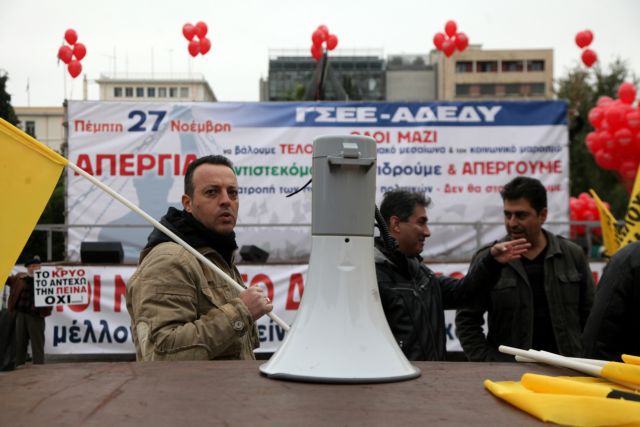 The confederation also wants to incorporate the recent Geneva Agreement, which precludes any changes to the existing framework regarding collective redundancies, lock outs and union legislation.

In its announcement GSEE stresses that the reduction of the minimum wage and level of protection offered by the collective agreements have had a dramatic impact on society and the economy.