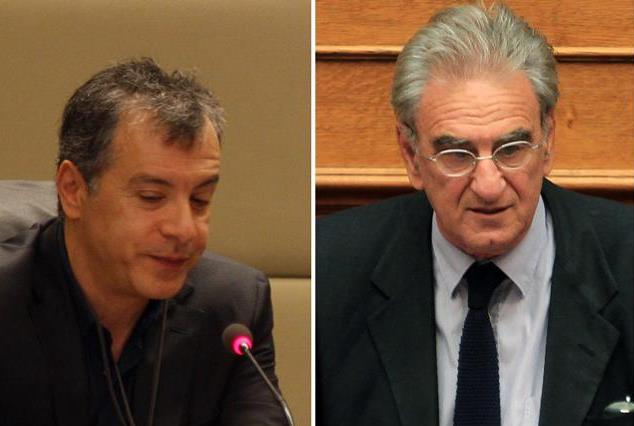 The electoral alliance between Spyros Lykoudis’ Reformers and Stavros Theodorakis’ The River was announced today at a press conference that was scheduled to take place at the Old Parliament in down town Athens.

Mr. Lykoudis [pictured right] revealed that he was in talks with Mr. Theodorakis [pictured left] regarding an alliance on Tuesday morning, prior to the second vote for the Presidential elections in Parliament.

The independent MP was one of the founding members of Fotis Kouvelis‘ Democratic Left, from which he departed in September 2014.