The adverse weather conditions persist in Greece, with the heavy rainfall and thunderstorms affecting the entire country, with… 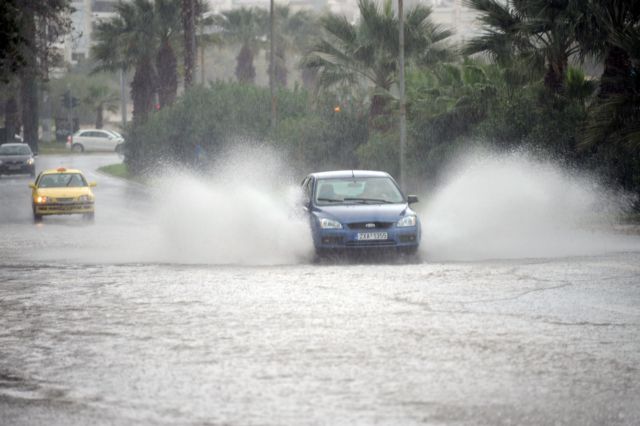 The adverse weather conditions persist in Greece, with the heavy rainfall and thunderstorms affecting the entire country, with the meteorological service expecting conditions to improve later in the day on Friday.

The situation in the North of Greece is worse, with the village Ormenio being evacuated, after a nearby levee at the Evros River broke, greatly increasing the chances of a flood. Local residents have already began moving objects to protect their property.

In Athens the heavy rainfall has caused major traffic problems, as many traffic lights have gone out of order. As a result many of the main arteries are clogged up, as traffic police officers struggle to manage the situation.

Traffic on Kifisias Avenue has come to a near standstill, in part due to the police investigation in relation to the shooting against the Israeli embassy. Many other main roods have flooded, causing massive bottlenecks in the streets of Athens.