Tsipras: “The country’s troubles will end in a few months” 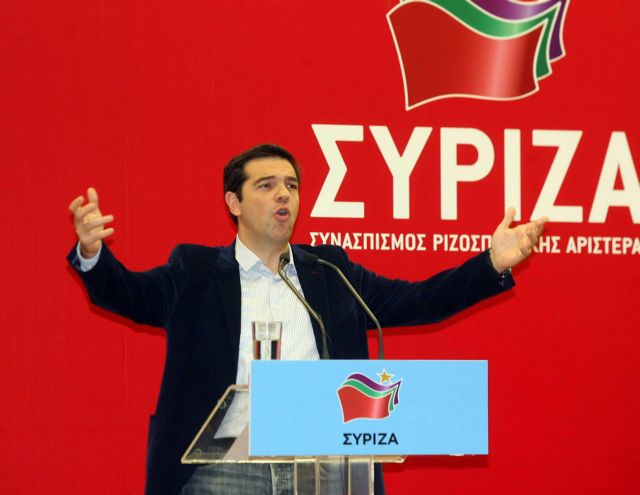 The leader of the main opposition party Alexis Tsipras gave a speech in Giannena where he demanded early general elections and claimed that the “vicious cycle of despair” and the country’s troubles will soon come to an end, in a few months.

Mr. Tsipras repeated his claim that SYRIZA will not sign any agreements with the troika and accused PM Samaras and government VP Venizelos of “not hesitating to undermine the economy, tomorrow and the country’s image” as part of the “propaganda of fear”.

The SYRIZA leader referred to the latest negotiations between the coalition government and the troika, arguing that the “full retreat” will “open new wounds on the body of the working class, the middle class, the pensioners and the weak”.

Mr. Tsipras stressed that the wage and pension cuts, long with other interventions n employment relations and the VAT and “preparations for a crime” and underlined that the measures are the “final blow to a crippled economy and a traumatized society”.