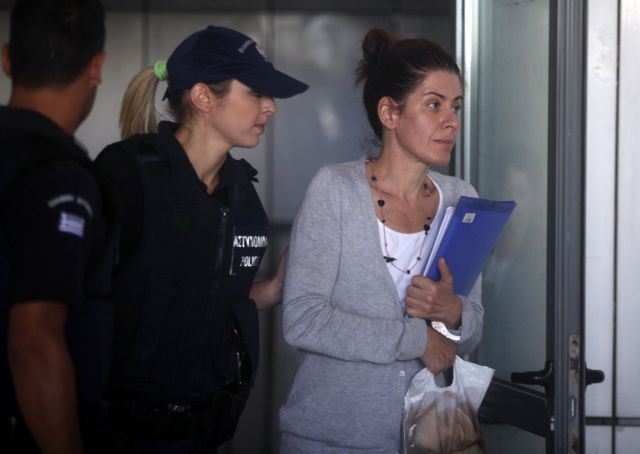 The Felony Appeal Court has decided (3-2) to release Areti Tsohatzopoulou from prison after taking into consideration her plea and the prosecution’s proposal.

Mrs. Tsohatzopoulou, daughter of the disgraced former Minister of National Defense Akis Tsohatzopoulos, was initially sentenced to 12 years for her involvement in a major bribery and military supplies scandal.

In securing her release Mrs. Tsohatzopoulou ceded a number of real estate assets to the Greek State and claimed that her youngest child was suffering from a serious medical condition. As she was released from prison she told journalists that she could not believe that she was free and was excited to return home.

The courts also supported the prosecution’s recommendation in the case of Vicky Stamati, the wife of Akis Tsohatzopoulos, who had also appealed her sentence. Mrs. Stamati has complained of mental health issues and has been treated at the Dromokaitio psychiatric hospital.

Mrs. Stamati’s attorney, Frangiskos Ragousis, commented that the courts “sentenced Vicky Stamati to physical elimination, in order to pressure Akis Tsohatzopoulos. She fainted when I told her”.