Trilateral summit in Cairo concludes with a joint communiqué 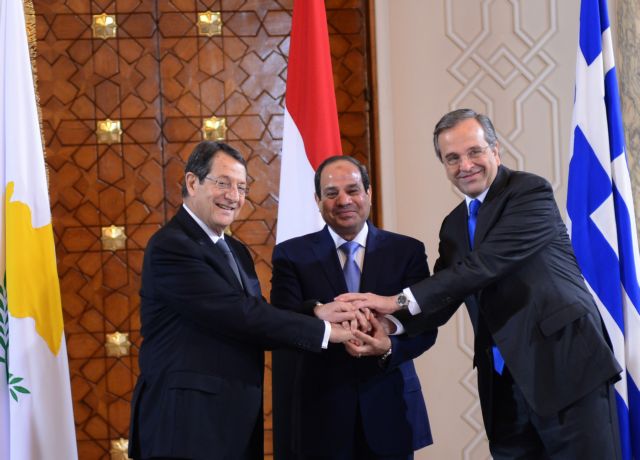 The trilateral meeting in Cairo between Greece, Cyprus and Egypt concluded on Saturday, with the three sides issuing a joint…

The trilateral meeting in Cairo between Greece, Cyprus and Egypt concluded on Saturday, with the three sides issuing a joint communiqué to address the delineation of Exclusive Economic Zones and establish cooperation.

In their joint communiqué, the three countries have urged Turkey to stop the provocative surveys it is currently conducting in what is regarded as the Cypriot EEZ, while stressing the need for a solution to the Cypriot matter, in accordance with international law.

The three countries also vowed to pool their efforts in tackling terrorism, with stability and security being “the guiding principles” in their cooperation. Egyptian President el-Sisi added that “it is necessary to respect international law, on the basis of the UN and of respect of sovereignty and non-interference in the domestic affairs of other countries”.

The Cypriot President invited other countries in the region to consider cooperating with the three. Regarding the Cypriot dispute, Mr. Anastasiadis argued that for a bi-zonal, bi-communal federation, with a single and unique legal personality and nationality, in line with UN resolutions.