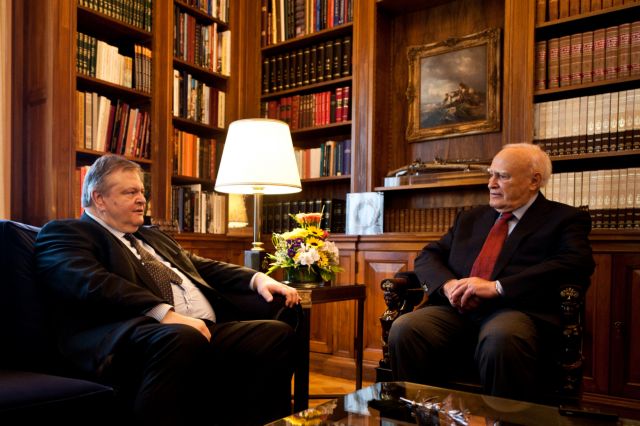 As expected, the recent trilateral summit in Cairo with Egypt and Cyprus will be at the top of the agenda, along with the delineation of Exclusive Economic Zones.

Mr. Venizelos revealed that after the joint communiqué signed with Cyprus and Egypt, there are plans to come to similar agreements with Italy and Albania. The VP also noted that there have also been efforts to initiate talks with Turkey.

Finally, Mr. Venizelos briefed the President on the coalition government’s plans to exit the troika’s supervision and stressed the need for a consensus in the upcoming Presidential elections.

The Prime Minister Antonis Samaras has arranged to meet with Mr. Venizelos at 6pm on Monday, in order to discuss the recent joint communiqué, according to which the delineation of EEZs will be expedited.