Greece-Cyprus-Egypt alliance a “pillar of stability” in the Mediterranean

The Foreign Affairs Ministers of Greece, Cyprus and Egypt issued a joint communiqué, after meeting in New York, revering an… 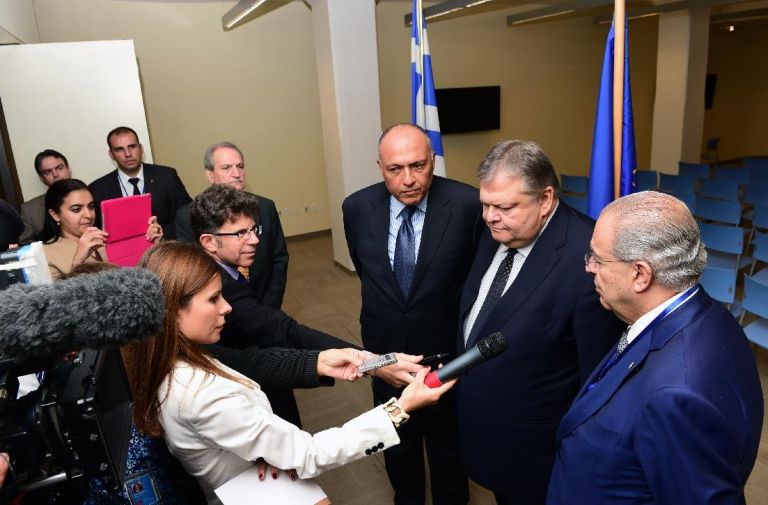 The Foreign Affairs Ministers of Greece, Cyprus and Egypt issued a joint communiqué, after meeting in New York, revering an alliance between the three countries as a pillar of stability in the Mediterranean.

The Ministers, Evangelos Venizelos, Ioannis Kasoulidis and Sameh Shoukry, had the opportunity to evaluate and discuss latest developments in the region and underlined the importance of cooperation, particularly in the energy sector. In their communiqué, the Ministers praised the progress of the ongoing negotiations regarding mutually beneficial sectors.

Greece and Cyprus offered their support to the Egyptian government and people, while praising the efforts to adopt a new Constitution via referendum on the 14th and 15th of January, which aims to entrench basic human rights.

The recent appointment of Espen Barth Eide as UN Special Envoy to Cyprus was lauded, with the three ministers reiterating their commitment towards finding a solution to the Cypriot dispute, based on UN Security Council resolutions.

Regarding the recent clashes in Gaza, the three Ministers stressed the importance of the two sides resuming negotiations in order to come up with a mutually-accepted solution that can sustain peace. The three countries expressed their hope that the talks scheduled to begin in Norway on the 12th of October will work towards this goal.

The recent developments in Iraq and Syria, particularly regarding human rights violations and terrorist activities, were discussed by the Foreign Affairs Ministers. With minority groups being persecuted by ISIL, the three stressed the importance of collective action under the UN, but warned that other extremist groups are also operating in the region.