The Greek national football team met defeat on Sunday evening from Romania (0-1) in the first Euro 2016 qualifier, in the first… 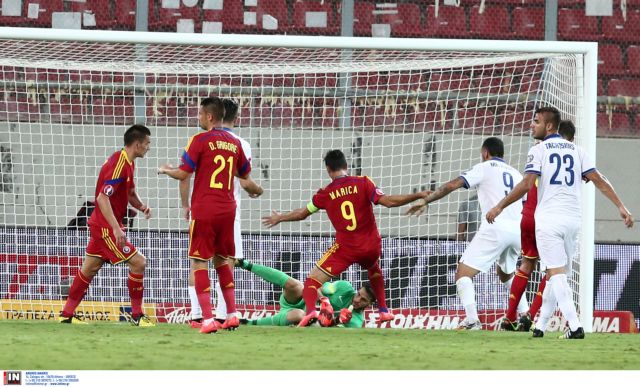 Ciprian Marica scored the only goal in the game for Romania early on, after Jose Cholebas caused a penalty. This development put the pressure on Greece, which was unable to take advantage of its passing game and threaten Romania.

New coach Ranieri attempted to shuffle the deck with new additions to the team, such as AEK FC’s Mantalos and Olympiacos striker Diamantakos, however it was not enough. Greece also squandered its one-man-advantage, which came early on in the second half of the game after Romanian captain and scorer Marica was sent off with a second yellow card.

Despite taking the initiative though, Ranieri’s squad seemed unprepared for the game and did not seem to be able to change the course of the match. For Greece Andreas Samaris and Vasilis Torosidis stood out, with later hitting the crossbars in the dying moments of the game. As such, Romania managed to exact revenge for its defeat to Greece in the World Cup qualifiers earlier in the year.