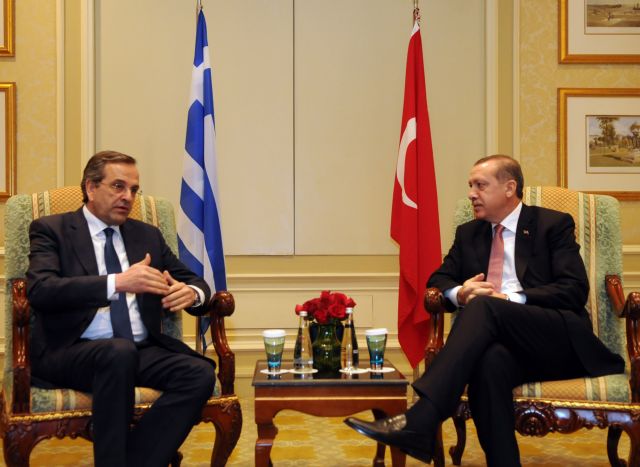 The meeting between Greek Prime Minister Antonis Samaras and Turkish President Recep Tayyip Erdogan which was scheduled to take place at 11am local time on Friday (1pm Greek time), on the sidelines of the NATO Summit in Wales, has concluded.

According to information made available to To Vima, the meeting was conducted in a negative atmosphere. No comments or statements were made after the meeting by either side.

Also present at the meeting, which lasted about 40 minutes, were the Greek government spokeswoman Sofia Voultepsi and government Vice President and Minister of Foreign Affairs Evangelos Venizelos. The National Defense Minister Dimitris Avramopoulos arrived in Cardiff on Wednesday.

On Thursday evening Mr. Samaras met with his Albanian, Bulgarian and Canadian counterparts and participated in two sessions on Afghanistan and the ongoing crisis in Ukraine. Further meetings with other leaders may also take place.

According to the Athens-Macedonia News Agency (AMNA), Samaras and Erdogan will discuss Greek-Turkish relations and the Cypriot dispute, among others. The Greek PM contacted President Karolos Papoulias and Cypriot President Nikos Anastasiadis to discuss the Friday morning meeting.