Venizelos: “Τhe ENFIA payments will be delayed by a month” 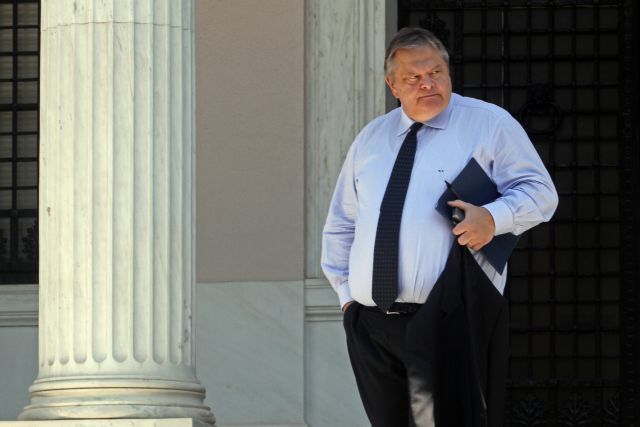 The government Vice President Evangelos Venizelos announced delay by one month for the payment of the first installment of the controversial ENFIA real estate tax, which was due on the 29th of August.

Mr. Venizelos made the announcement on his way out of the Prime Minister’s office and added that the Government Council of Employment would convene on the 25th of August, in order to implement measures and initiatives to curb unemployment, as the current measures in place have proven to be ineffective.

The PASOK leader also expressed his satisfaction with the government’s commitment to maintaining the unemployment support measures, which his party had proposed about a year and a half ago.

Furthermore, the Finance Minister Gikas Hardouvelis publicized the Prime Minister’s intervention to ensure that the ENFIA tax for 4,000 areas in Greece will be calculated with the same criteria as the 2013 real estate tax. Mr. Hardouvelis argued that this was part of his commitment to eradicate the problems, omissions and errors in the controversial ENFIA tax.

SYRIZA: “The ENFIA is the government’s ‘Waterloo’”

The main opposition party SYRIZA responded to the announcement and stated that the ENFIA is “the government’s ‘Waterloo’ and it must leave immediately” and accused the Samaras-Venizelos coalition of “playing games” in relation to the real estate tax.

SYRIZA argued that the ENFIA will cause an unprecedented confiscation of property, since the people are objectively unable to pay it and there are no checks in place to protect small property owners.

The government spokeswoman Sofia Voultepsi appeared on ANT1’s morning chat show, where she admitted that mistakes were made by “a series of people” when the ENFIA tax was being designed. Mrs. Voultepsi added that the imposed taxes were “excessive” and claimed that they were “temporary”. She then claimed that when Greece’s debt is considered sustainable the government will introduce tax cuts.

The Minister of Shipping Miltiadis Varvitsiotis appeared on SKAI where he blamed the “previous financial staff” for the errors in the ENFIA. Mr. Varvitsiotis stated that “the general secretary tasked with implementing [the ENFIA] had not prepared the system correctly”. The Minister also expressed his belief that the problems would be dealt with promptly.