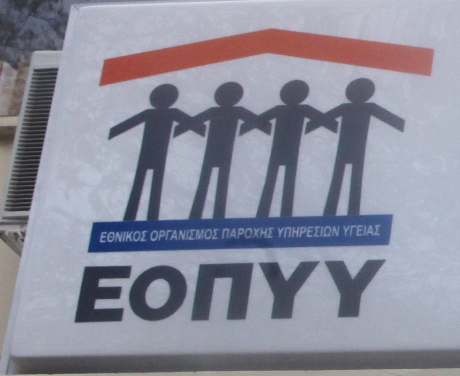 According to Deputy Minister of Finances Christos Staikouras EOPYY was subsidized with 1,108,000,000 euros from the budget. The Deputy Minister explained that EOPYY’s finances were investigated in November 2012, at the behest of the Ministry of Finances.

Golden Dawn MP Dimitris Koukoutsis requested to be updated on the Ministry of Finances plan to reduce expenses at EOPYY and whether there an investigation of EOPYY’s expenses management will take place. Mr. Koukoutsis pointed out a number of irregularities in EOPYY’s budget, such as 21 million euros provided for overtime, without determining the number of employees who were to collect the overtime benefit.

Mr. Staikouras confirmed that EOPYY had not been audited for its expenses for 2013. The healthcare provider was included in a list of public bodies to be investigated by the General Secretary of Financial Audits.