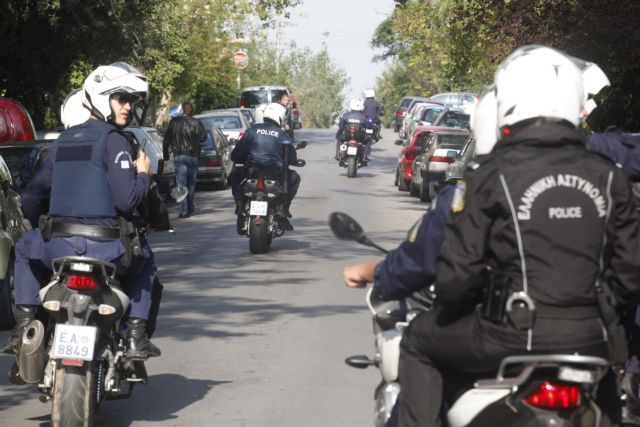 The Police arrested a 42-year-old man in Pagrati on Thursday evening, who opened fire against a DIAS patrol after robbing three pharmacies in Athens.

The 42-year-old robbed the first pharmacy at around 8.25pm in Neos Kosmos and after escaping on a motorbike, robbed the second one ten minutes later. Patrolling DIAS motorcycle police units were notified of the robberies and found out that he had robbed a third pharmacy in Vyrona.

The 42-year-old escaped via taxi but was confronted by the pursuing DIAS police units in Pagrati. The man opened fire against the police and tried to escape, but was apprehended. In the fire exchange one DIAS police officer was shot in the chest, but was saved by his bulletproof vest.

The police recovered the weapon from the 42-year-old and held the taxi driver for questioning who appears to have been an accomplice. The Minister of Public Order Nikos Dendias congratulated the police officers for their effort, despite the problems faced.