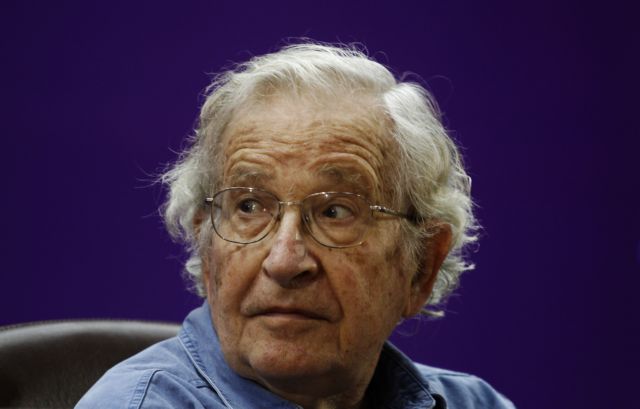 In his speech at the RDS charity in Dublin, where an informal Eurogroup is taking place, American political philosopher Noam Chomsky noted that “the ultimate goal of German demands from Athens, as part of the debt management, is to snatch Greece’s resources”.

Chomsky accused the EU government and the management of the European Central Bank for destroying social cohesion in Europe, thanks to their austerity measures. “There are people in Germany who want to obtain whatever valuable has Greece, imposing conditions of economic slavery and psychological stress on Greeks”.

The American theorist explained that a common front must be formed in the South, with Greece, Italy Spain and Portugal uniting to put an end to the “inhuman demands of the North”. He also claimed that now is a good opportunity, since anti-German sentiments in the European periphery are strong.

Mr. Chomsky also considered Alexis Tsipras’ request for support from Brussels to be “correct”, similar to the case of West Germany in 1952. He scrutinized ECB President Mario Draghi and the troika for their handling of the crisis, which leads member states to financial and social destruction.