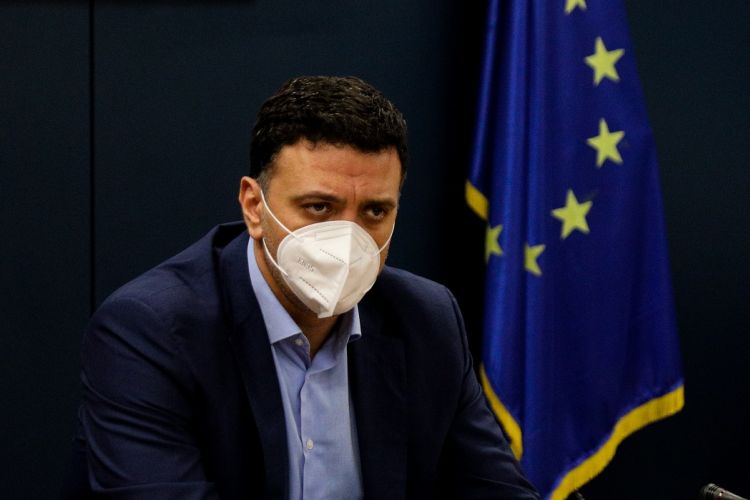 Many believe the small number of cases in Greece due to the first wave lockdown cultivated a sense of complacency in the youth, who believed COVID-19 was confined to the elderly.

The die is cast.

Greece will enter a nationwide lockdown for three weeks as of 6 am, Saturday, 7 November.

The announcement was made by Health Minister Vasilis Kikilias and Prime Minister Kyriakos Mitsotakis and epidemiologist Sotiris Tsiodras, who gained international kudos for Greece’s handling of the epidemic last spring, are to address the nation tomorrow to explain the decision.

As in the spring lockdown, movement will be limited to essentials and citizens will have to send an SMS to get approval to leave home for a very limited number of purposes.

“The recommendation of the committee of virologists and epidemiologists to the government is a lockdown nationwide for one month,” Kikilias said.

Citing the views of his EU counterparts Kikilias said that the countries that managed to impose a lockdown earlier aside from saving lives had a smaller economic impact and exited the lockdown earlier.

Kikilias said that middle schools (gymnasia) and high schools (lykeia) will shut down but primary schools will remain open.

The health minister underlined that the epidemiological data are worsening as the spread of the virus has become much more aggressive.

He stressed that the National Health System is under tremendous pressure, noting that there are 1,013 ICU beds around the country with 348 set aside for COVID-19 patients and 665 are for all other cases.

About 1,500 COVID-19 patients are currently being treated in ICUs, increased care units, and low pressure rooms.

Kikilias said that there is a borderline situation in northern Greece and that the government has added ICU beds.

Kikilias said that 12 days ago just 20 percent of ICU beds were occupied and that has soared to 80 percent.

Yet the situation in Attica is rapidly worsening as well.

An indication of the gravity of the situation is that 72 percent of ICU beds in Attica are occupied and there have been many reports of COVID-19 patients being transferred from northern Greece to Athens hospitals.

In Attica 72 percent of ICU beds are occupied.

That means that at the current transmission and case rate the system will clearly exceed its limits.

Government sources have said that agreements will be made with private hospitals and clinics to cover the burgeoning case load.

Kikilias attributed the explosion of COVID-19 cases especially to the complacency of Greek youth.

Throughout the summer beach bars were teeming with youths with no social distancing or masks.

The government has been severely criticised by the opposition for not effectively monitoring the situation or bolstering the National Health system after the first wave of the pandemic.

Many believe that the very small number of cases in Greece due to the early lockdown in the first wave cultivated a sense of complacency in the youth as well as the sense that COVID-19 almost exclusively affects the elderly.

Moreover, the public service information campaign on COVID-19 ceased after the first wave.

Though some have attributed the current enormous hike in cases to the decision to open Greece to tourism, particularly in August and the first part of September, the minister denied it.

In his interview with television journalist and publisher Nikos Chatzinikolaou Kikilias was asked whether in fact the government had lost control of the situation and why the government permitted a huge demonstration with no social distancing of many thousands outside the Athens courthouse where the neo-Nazi Golden Dawn party was being tried as a criminal organisation, parties with hundreds of students on university campuses, and gatherings of hundreds in Athens’ public squares.

The minister replied that he had expressed concerns and that police cannot patrol everywhere.

He dismissed the charges made by main opposition Syriza that the government did absolutely nothing to prepare for the second wave of the pandemic, asserting that the opposition has not tabled concrete proposals and is engaging in petty partisan politics.

Kikilias asserted that the government hired 7,000 additional healthcare workers (a claim dispute by the opposition), bolstered the National Health System, and conducted thousands of COVID-19 rapid tests with 500 mobile units.

Meanwhile, the president of the Panhellenic Federation of Public Hospital Workers (POEDIN), Michalis Yannakos, has warned that the National Health System is reaching its limits.

He said that record numbers of COVID-19 patients are being treated in ICUs (100 in Attica and 70 in Thessaloniki).

He stressed that due to crowding more and more COVID-19 patients are being sent to hospitals that do not have ICUs.

ICU beds out of commission due to staff shortages

He said that there are very few general purpose ICU beds for the treatment of other ailments and that they are full.

POEDIN said that there were 13 cases of COVID-19 at the University of Ioannina Hospital, (which took in 16 patients from the Ioannina old-age home) and that two nurses at Athens’ Agios Savvas cancer hospital also tested positive.

At the Amfissa hospital there appears to have been a significant spread of the virus as two doctors and two nursing staff members tested positive.

ICU bed availability in the Epirus region of which Ioannina is the capital is reaching its limit.