Although there have no cases in Greece so far, the Act will give authorities expansive power, including the power to suspend activities at venues that involve large gatherings of people. 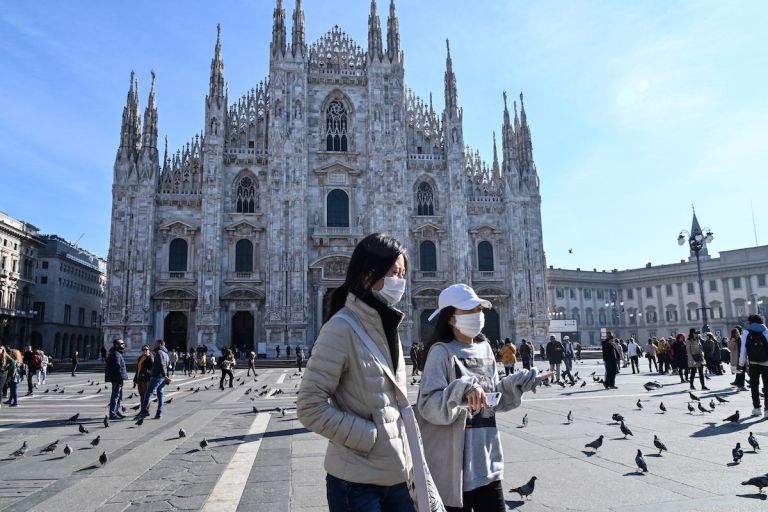 Two women wearing a protective facemask walk across the Piazza del Duomo, in front of the Duomo, in central Milan, on February 24, 2020 closed following security measures taken in northern Italy against the COVID-19 the novel coronavirus. - Italy reported on February 24, 2020 its fourth death from the new coronavirus, an 84-year old man in the northern Lombardy region, as the number of people contracting the virus continued to mount. (Photo by ANDREAS SOLARO / AFP) (Photo by ANDREAS SOLARO/AFP via Getty Images)
Share

The Greek government is poised to issue a Legislative Act that will give authorities emergency powers to confront a possible epidemic of the coronavirus.

Although there have no cases in Greece so far, a number of cases in Italy have caused a panic, turning Milan and cities in Lombardy (with 110 cases) into ghost towns, with the government blaming a local hospital for allegedly mishandling the first cases, including “person zero” who would be the first case but has not been identified.

The Greek print and electronic media have focused on the need for the public to remain calm and composed in the not unlikely event that cases arise in the country.

At the same time the government is taking early precautionary such as readying a large number of beds in specially equipped intensive care units at a number of hospitals.

Government spokesman Stelios Petsas said the Act will mandate checks at ports, airports, and border crossings with an emphasis on travelers from countries with incidents of coronavirus and the resulting COVID-19 and possible bans on arrivals from such countries via air, sea, train, and automobile.

The spokesman underlined that the measures are in line with those taken by other EU countries and that Greek authorities are in constant contact with relevant international health organisations.

The Act will also give authorities the power to suspend activities at venues that involve large gatherings of people such as athletics facilities, schools, theatres, cinemas, and churches and to limit the movement of people in special circumstances.

The Act also provides for the emergency hiring of doctors and nurses as well as direct procurement of necessary pharmaceuticals without tenders of pharmaceuticals, superseding all existing legal restrictions.