Lebedev’s first attempt to do business in Greece came in 2013 when Russian companies sought to acquire DEPA (Public Gas Corporation of Greece)-DESFA (Hellenic Gas Transmission System Operator SA) without results at the time. 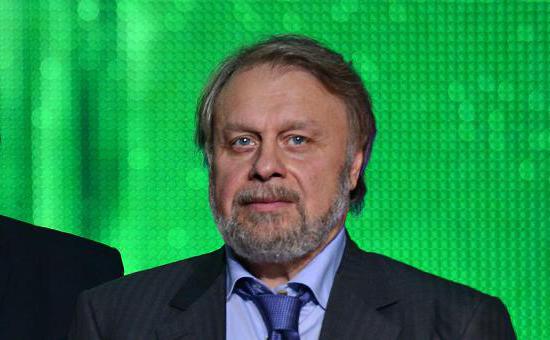 Companies owned by Russian oligarch Leonid Lebedev – who is on the Forbes list of billionaires and owns energy colossus Sintez – which have been granted permits to do business in the natural gas sector in Greece reportedly have received from offshore companies loans that have been written off, have created structures without transparency, have used straw men, and have enjoyed close ties with the SYRIZA-Independent Greeks coalition government.

Lebedev’s first attempt to do business in Greece came in 2013 when Russian companies sought to acquire DEPA (Public Gas Corporation of Greece)-DESFA (Hellenic Gas Transmission System Operator SA) without results at the time.

There was a renewed interest in 2015 when the SYRIZA-Independent Greeks coalition came to power when then energy minister Panagiotis Lafazanis was said to be negotiating with Russia a five billion US dollars down payment on the Turkish Stream gas pipeline, offering as collateral the completion of the project in order to secure liquidity in the event of a prospective Grexit.

At that time there was being developed a network of companies in Greece, Cyprus, and Luxembourg and an offshore company based primarily in the British Virgin Islands.

The companies were said to be linked with the interests of the Russian oligarch although that was not reflected with transparency in the list of shareholders.

How the expansion of the network began in Greece

In Greece, the companies of this labyrinthine network “expanded” in two phases.

Members of the law firm of Spiros Sagias, who had left his position as general secretary of the government two months earlier, were appointed as legal representatives of the company.

The parent Windows company in Luxembourg, as corporate documents in the possession of To Vima indicate, beyond the Greek subsidiary also had a subsidiary called Believe Finance, which had received over 38mn euros in loans from at least six offshore companies, most of which were based in the British Virgin Islands.

As the documents indicate, the subsidiary was a shareholder in the offshore companies.

The largest chunk of the loans, approximately 34mn euros, appears to have been written off in 2017, when Windows International submitted an application to Greece’s Regulatory Authority for Energy (RAE) for a permit to construct a natural gas pipeline connecting Thessaloniki with North Macedonia.

Sources say that before the application was submitted in May, 2017, the plans of Windows International were made known to the Greek PM’s office, the environment and energy ministry, and the foreign ministry, where the PM’s cousin Yorgos  Tsipras in his capacity as general secretary for international economic relations had a role in the preparatory discussions.

A few months earlier, in March, 2017, and with the PM’s office informed of the plans of Windows International, branches of two other companies in which Lebedev had a stake were set up in Greece – Sintez Green Energy Hellas Ltd and Sintez Energy Europe Constructing Limited.

That same month, news websites reported that the law office of Eleni Tzouli, the wife of Independent Greeks leader and junior ruling coalition partner Panos Kammenos, had assumed the role of representative of Sintez Energy Europe Constructing. The reports do not appear to have been denied.

In December, 2018, the RAE regulatory authority issued the license for an independent natural gas system for which Windows International had applied nearly a year-and-a-half earlier.

In its decision RAE stated that, “In the evaluation of the economic sustainability of the applicant one has taken into account the existence of the requisite capital adequacy which is at least twenty percent (20%) of the budget of the project.”

The budget for the construction of the pipeline amounts to 41.4mn euros, which means that the company’s own assets must be over eight million euros.

RAE issued a similar permit to DESFA which in 2016 had signed a memorandum of understanding with MER, the state natural gas distributor of North Macedonia.

Lebedev’s move to construct a pipeline was interpreted as a “wedge” in DESFA’s plans.

RAE’s decision granting a permit to Windows stated that the sole shareholder in the company (100 percent) was Savvas Agapiou.

Documents in the possession of To Vima show that Agapiou states that he is an accountant by profession and that his office is located in Limassol, Cyprus.

However, as an investigative report of To Vima showed, the Windows shareholder is also linked with other companies in which Lebedev has a stake, including the subsidiary Believe Finance, which in 2016 received tens of millions of euros in loans from the offshore companies, which were written off one year later.

Agapiou and the office of Eleni Tzouli

Agapiou is also linked with the company Sintez Energy Europe Constructing, the representative of which according to press reports is the law office of Panos Kammenos’ wife.

Agapiou also appears to have a connection with the Russian electricity company TGC-2, which has been the subject of Russian investigations regarding the transfer of 150mn US dollars to Cyprus and the possible involvement of Lebedev in the case.

Agapiou was found to be linked with the Balkan Utilities company that is active in the natural gas sector in North Macedonia.

Charges about the movement of millions through offshores

Beyond Agapiou, the companies in which Lebedev has a stake have something else in common – Totalserve, a company with branches in Cyprus, Luxembourg, and various tax havens which specialises in the creation of companies and best practices regarding optimal tax performance.

The offices of Totalserve are listed at the same address as Windows International in Luxembourg, while it has employees who are linked to Lebedev’s company.

It should be noted that British lawyer Peter Coleridge, a former collaborator of Thomas Liakounakos who has been charged in the Leopard bribery case, appears to have stated in testimony he offered in 2015 that one of Totalserve’s companies – Totalserve Management Limited – played a role in the transfer of millions through offshore companies.

(Source: To Vima on Sunday)