American message with 70 helicopters for Greece

In an exceptionally sweet deal, Greece paid only the $44mn for the helicopters that had been withdrawn by the US military. The actual value is estimated at $589mn. 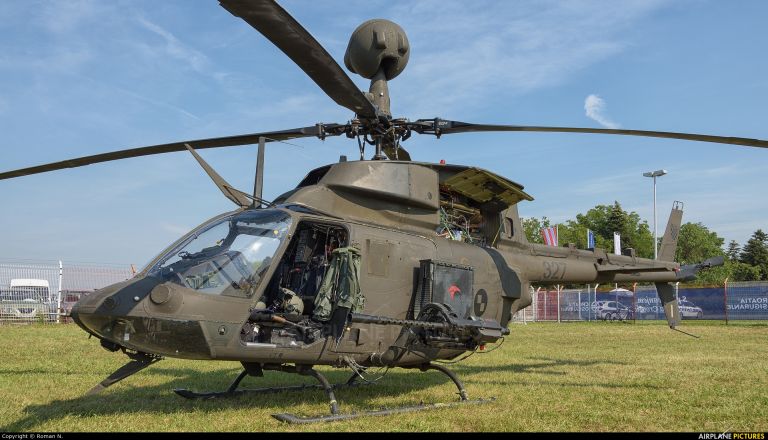 In the latest indication of the strengthening of the US-Greece strategic military relationship, and amidst heightened threats from Turkey in the Aegean and the Eastern Mediterranean, the arsenal of the Hellenic Army will be substantially bolstered operationally with the addition of 70 American OH-58D Kiowa Warrior helicopters.

The Kiowa Warrior helicopters are operated in an armed reconnaissance role in support of ground troops, and could play a crucial role in deterring landings on Greek islands at a time when there are mounting concerns that Ankara might wish to trigger a military “hot incident in the Aegean.

Former PM Costas Simitis, who was confronted with the January, 1996, Imia crisis that brought Turkey and Greece to the brink of war, in an Op-Ed piece published in Kathimerini on 9 June warned that Ankara may again attempt to test Greek resolve as it had back then.

On 11 June, there were five Turkish Air Force overflights over Southeastern Aegean islands and 99 violations of Greek airspace and the Athens FIR.

“A single engine, four-bladed helicopter with advanced visionics, navigation, communication, and weapons and cockpit integration systems. The mast-mounted sight (MMS) houses a thermal imaging system, low-light television, laser rangefinder/designator, and an optical boresight system. These systems enable the Kiowa Warrior to operate by day and night and allow target acquisition and engagement at stand-off ranges and in adverse weather conditions,” is how military.com describes the helicopter’s capabilities.

In an exceptionally sweet deal, Greece paid only the $44mn for the helicopters that had been withdrawn by the US military. The actual value is estimated at $589mn.

The helicopters will act as a powerful deterrent both in the Aegean, where Ankara has laid claim to over 100 Greek rock islets and islets and in the Evros border region.

The OH-58D Kiowa Warriors are able to operate in both daytime and nighttime conditions with their Mast Mounted Sight system, with high definition television cameras and heat sensors.

The helicopters arrived in Volos several days ago and soon “fighting” pilots will be trained at the Hellenic Army’s air training academy.

That according to experts will constitute a small revolution in the army’s capabilities as it is the first time that army pilots will be trained on battle helicopters, whereas until now they were trained on old Huey transport helicopters.

Analysts view the deal as yet another indication of US recognition of Greece’s upgraded role in the Eastern Mediterranean, as evidenced by the Cyprus-Greece-Israel military strategic partnership which Washington strongly supports.

The delivery comes amidst a bitter battle between the US and Turkey over Ankara’s insistence on buying Russian S-400 missile systems, with Washington threatening sanctions and the scrapping of a deal for Turkey to buy and produce parts for American F-35 fighter jets.

Reports have indicated that the US Department of Defense is already seeking out prospective alternative suppliers of F-35 parts that Turkish industry has already begun producing. The training of Turkish pilots on the F-35s was abruptly halted this week.

The importance that Washington places on strengthening the Hellenic Army at a critical juncture will be symbolised by the presence at the official delivery ceremony at the Stefanonivikeio air base near Volos of Ann Cataldo, the Deputy Assistant Secretary of the Army for Defense Exports and Cooperation, who played a pivotal role in setting up the deal.

The delivery includes spare parts that were initially slated for Croatia and Tunisia, more engines than provided in the initial agreement, and simulators.

US Ambassador Geoffrey Pyatt has played a key role in advancing the US-Greece strategic military partnership.

“Amidst a decade of economic turmoil, Greece has emerged as a vital NATO ally with a proven track record of dedication to transatlantic security cooperation. Greece is one of the few NATO members to reach NATO’s 2% of GDP target for defense spending, and the country continues to serve as a critical hub for ally training and operations in the region,” the Atlantic Council’s announcement stated.