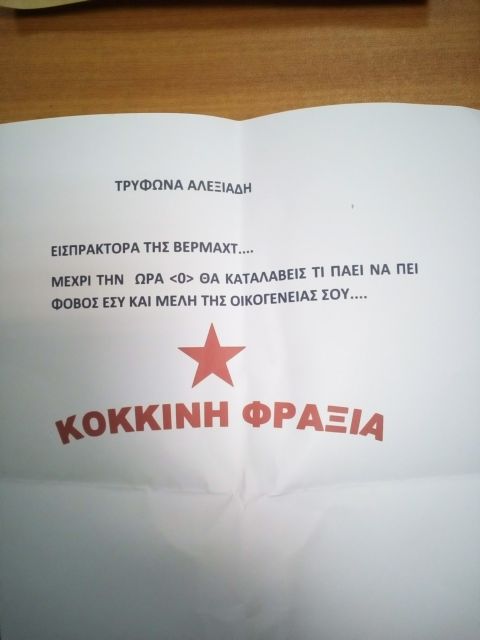 A group calling itself “Red Faction” sent a threatening note and a bullet via post to the Alternate Minister of Finances Tryfon Alexiadis on Monday.

In their note, the group calls the Alternate Minister a “collector for the Wehrmacht” and warns him that he and is family “will know what fear means, until zero hour”. Included in the envelope was a .45 bullet.

On Friday the Vice President of the Court of Auditors Anna Ligomenou also received an envelop containing a bullet, along with a note condemning proposals against the pension reform.

The letters have been handed over to the authorities, which will inspect it for fingerprints or DNA. The police suspect that the sender in both cases is the same.