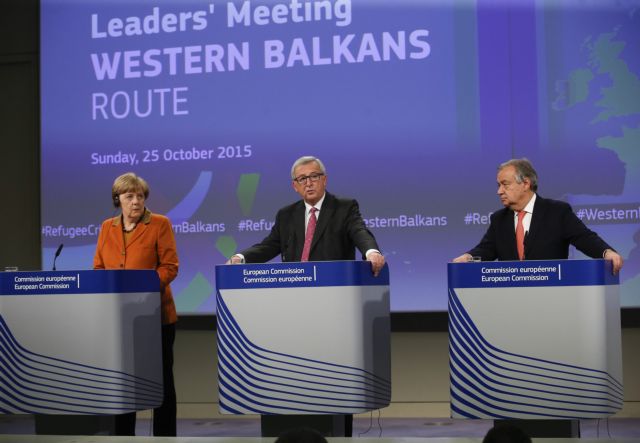 The leaders of the European institutions and EU member states have expressed their satisfaction on the agreement reached at the mini Summit on the refugee and migration crisis, which involves in the creation of reception centers for 100,000, on the so-called Balkan route.

The President of the European Commission Jean-Claude Juncker praised Greek authorities and Prime Minister Alexis Tsipras for committing to creating facilities for 50,000 refugees, with European support.

Mr. Juncker noted that centers for 30,000 refugees are expected to be established in Greece by the end of 2015. Meanwhile he underlined the need to support border control between Greece with FYROM and Albania.

German Chancellor Angela Merkel also argued that the creation of these hotspots pave the way for the relocation of refugees and that European has demonstrated responsibility in assuming measures to address the crisis.