Coalition government to focus on the bailout implementation 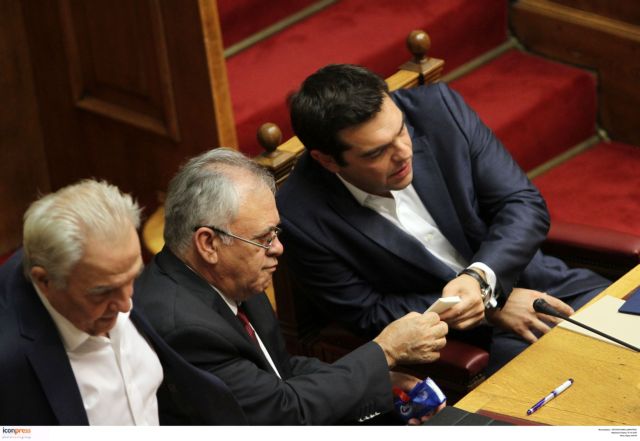 The three-day discussion in Parliament that preceded the vote of confidence late on Wednesday evening revealed the intentions of the coalition government regarding the bailout.

From the stand, the Minister of Finances Euclid Tsakalotos gave a rather political speech, where he set the terms and conditions for success, underlining that SYRIZA must not neglect its radical outlook mere to remain in power “otherwise we will lose the plot”. On the contrary, Alternate Finance Ministers Tryfon Alexiadis and Giorgos Houliarakis both adopted a technocratic approach, mostly avoiding ideological references, while underlining the importance of efficiency.

Likewise, the Government Vice President Yannis Dragasakis rejected “state-funded capitalism” in his speech and commented that the challenges that await will determine the country’s future. State Minister Nikos Pappas dedicated his speech to addressing the media, illustrating his intentions.

With the coalition government having received a vote of confidence in Parliament, it must now race to prepare a legislative act that must be passed by the 15th of October.