With the candidacies for party leadership finalized, all that remains is for the contenders for the presidency of New Democracy… 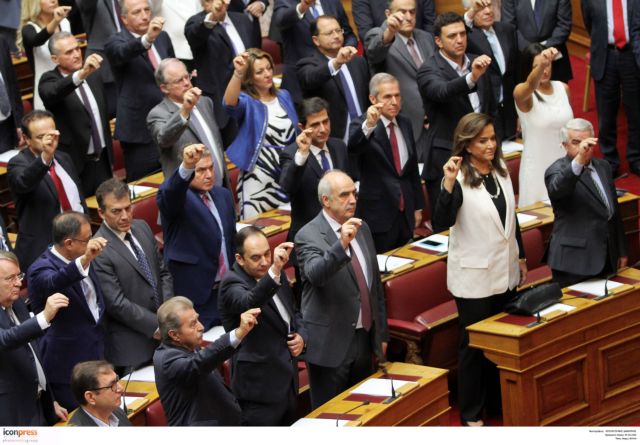 With the candidacies for party leadership finalized, all that remains is for the contenders for the presidency of New Democracy to agree on the election date and process.

Two of the main contenders, Kyriakos Mitsotakis and Apostolos Tzitzikostas, have both argued that party voters must have the necessary time to be informed on candidate positions and debate. They have even called for ballot boxes to be place in municipal offices all over Greece, rather than just local party offices.

On the other hand, the provisional party leader and candidate Evangelos Meimarakis has stated that he does not want to be involved in procedural matters, but also that the voting should be restricted so that “not every passer-by” can vote, as occurred in the 2009 election for a party president. Mr. Meimarakis has adopted a more relaxed attitude as he feels confident that his active presence in parliament will make him more appealing to party supporters.

Similarly the outsider in the party election, Adonis Georgiadis, wants to take advantage of his presence in Parliament as an MP and New Democracy spokesman (along with Mr. Mitsotakis), in order to present his positions to party supporters.