The battle for the Presidency of New Democracy escalates

Although the date for the election for a new President in New Democracy has not yet been finalized, the main contenders… 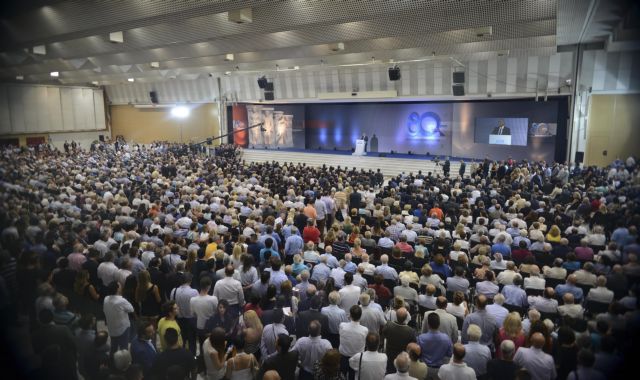 Although the date for the election for a new President in New Democracy has not yet been finalized, the main contenders Evangelos Meimarakis, Kyriakos Mitsotakis and Apostolos Tzitzikostas have formally submitted their candidacies, along with backing of at least 50 members from the party’s political secretariat.

Adonis Georgiadis, who is has announced his intention to run for the party leadership and is considered the outsider in the electoral process, has not yet submitted his candidacy. The deadline for the submission of candidacy expires at 6pm on Friday.

The conservative party’s provisional leader Evangelos Meimarakis was the first to formally submit his candidacy in the party elections on Thursday and later gave a press conference at the Ledra Marriott hotel in Athens. Mr. Meimarakis argued that he has stood by the party in “both good times and bad times”.

On Friday morning, Mr. Mitsotakis submitted his candidacy and thanked the members of New Democracy’s political secretariat that supported him. Mr. Mitsotakis also commented that if elected he will guarantee that the party will come out united and strong. Later on in the day Mr. Tzitzikostas also submitted his candidacy and told journalists that he is “taking the lead, with my generation; we dare to hope”.