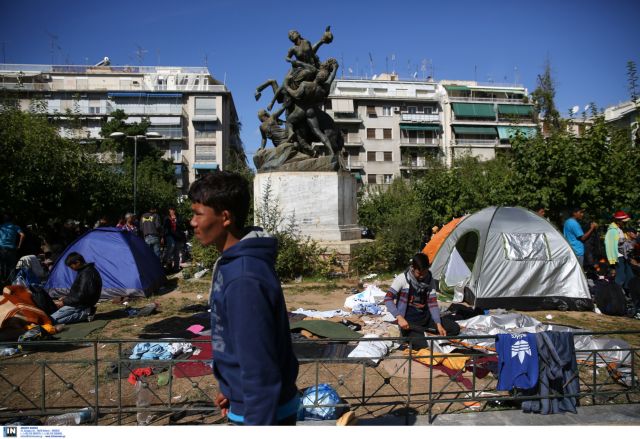 The refugees arriving to mainland Greece from the islands will be transferred to the temporary refugee camps that have been set up in Galatsi and Elliniko, in an effort to avert the further exacerbation of the situation in parks and squares in the city center.

On Friday morning two ships docked in Piraeus, bringing a total of 2,651 refugees – the Tera Jet catamaran arrived with 1,701, while the Ariadne ferry boat arrived with 950 refugees.

With the situation in central Athens growing worse, as hundreds of refugees gather in central parks in appalling conditions, the police is trying to help them find their way to the temporary refugee centers. The president of the Greek Forum of Refugees Yonous Muhammadi told the Athens-Macedonia News Agency that most of the refugees arriving in Athens are only aware of Victoria Square and complained that the government is not coordinating its actions.

Earlier on Friday morning the Alternate Minister of Migration Yannis Mouzalas inspected the new temporary refugee center set up in the Olympic Games installations in Galatsi, where 800 refugees are currently being accommodated. Government officials note that about 1,000 people can be accommodated there.