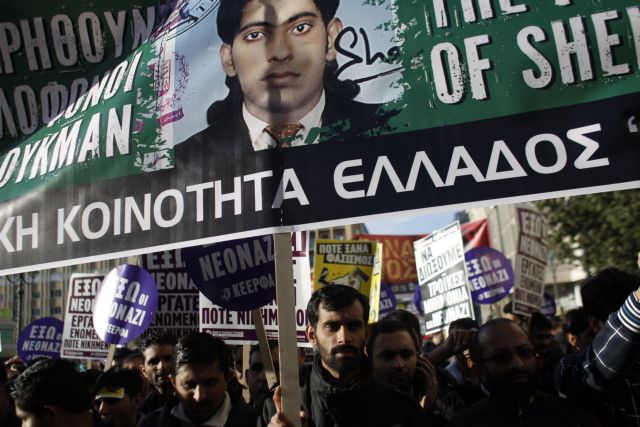 The courts in Athens have issued a decision according to which there were racist motives behind the murder of 27-year-old Pakistani worker Shehzad Luqman in January 2013. This is the first time in Greece’s history that a racist motive has been identified in a trial and as such has set a legal precedent.

According to the court ruling, the 27-year-old Luqman was murdered by Dionysis Liakopoulos and Christos Stergiopoulos due to his “appearance, religion, national and ethnic origin”. In April the courts unanimously handed out life-time sentences to the two and did not recognize any mitigating circumstances.

During the investigation that followed their initial arrest, police recovered stiletto knives, brass knuckles and clubs, along with Golden Dawn campaign leaflets and paraphernalia. Despite the overwhelming evidence against them, the two initially claimed to have first been attacked by Luqman after getting into an argument with him.