The counter-terrorism police have reportedly arrested three suspects in Volos, including Giorgos Petrakakos, who is believed to… 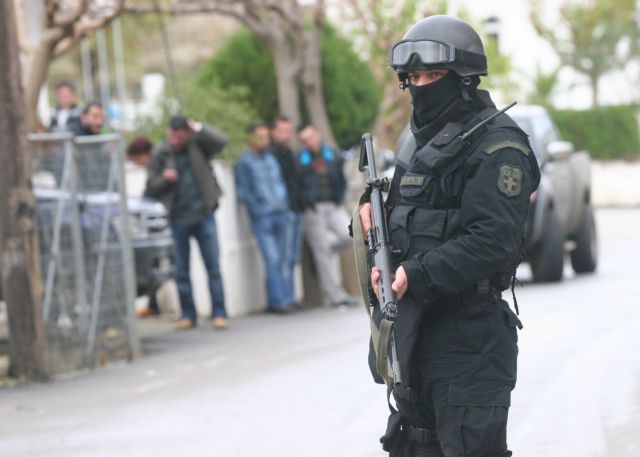 The counter-terrorism police have reportedly arrested three suspects in Volos, including Giorgos Petrakakos, who is believed to be an accomplice of Nikos Maziotis. Also among those arrest is the partner of Petrakakos, who appears to be related to one individual apprehended for a bank robbery on Paros in 2012.

Mega Channel reported that the counter-terrorism police have been investigating an apartment in the city center of Volos from 11am. According to reports weapons and ammunition have been discovered in the apartment. The police have blocked access in the area. Meanwhile, another counterterrorism operation is reportedly being carried out in Athens. Official statements from the police are expected later in the day.

Petrakakos is one of the few remaining members of a group of anarchists and criminals that carried out at least 15 organized bank robberies in Nemea, Spetses, Distomo, Saronida, Thessaly and elsewhere. The Police will examine whether Petrakakos was involved with Vasilis Paleokostsas or the Group of Popular Fighters (OLA), which carried out attacks against New Democracy’s central offices, the home of the German ambassador and the Israeli embassy.