President Pavlopoulos to give Tsipras mandate to form government on Monday 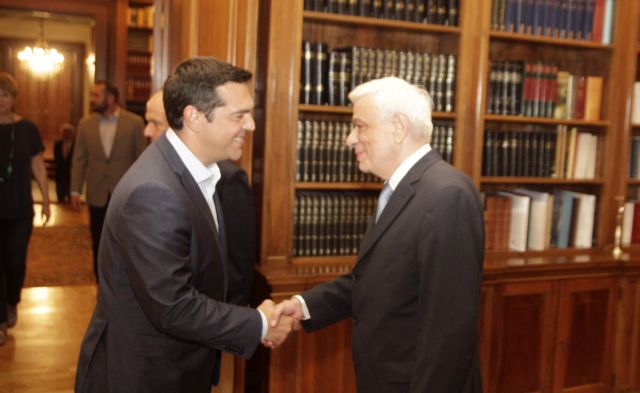 The President of the Hellenic Republic Prokopis Pavlopoulos is expected to give SYRIZA leader Alexis Tsipras the mandate to form a government at noon on Monday. To Vima has been told that should Mr. Tsipras have a government ready, then the new government may be sworn in as early as Monday afternoon or Tuesday morning.

According to the latest updates, President Pavlopoulos is expected to represent Greece at the upcoming European summit meeting on the refugee and migrant crisis, along with the caretaker Minister of Migration Policy Yannis Mouzalas. This appears to have agreed upon during the election campaign period between Mr. Tsipras and Mr. Meimarakis.