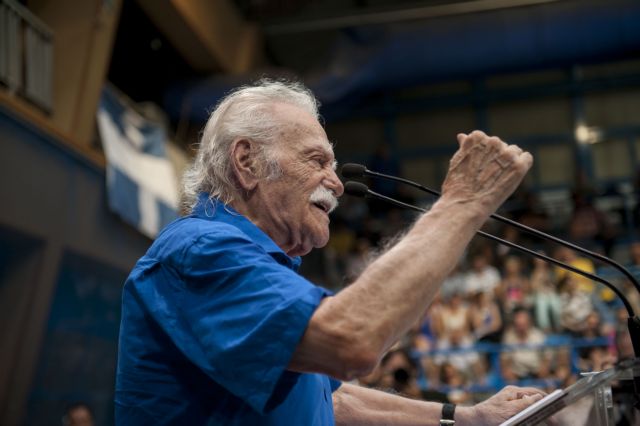 The new bailout that was recently approved in Parliament is unacceptable as it will essentially subjugate the Greek people for many years to come, underlined SYRIZA’s Manolis Glezos in a Tuesday morning telephone appearance on Mega Channel.

Mr. Glezos argued that SYRIZA is currently split into three factions: one loyal to the Prime Minister, the other to Panagiotis Lafazanis and the third to KOE (Communist Organization of Greece).

The SYRIZA officer expressed his hope that Alexis Tsipras would “extricate himself from certain situations that have been created, especially in the government”. He added that “I believe Tsipras will recognize his mistake and give the Left a chance”.

Mr. Glezos highlighted the importance of SYRIZA’s party organizations and called for them to adopt an anti-bailout stance and return to the course the party had prior to the elections.