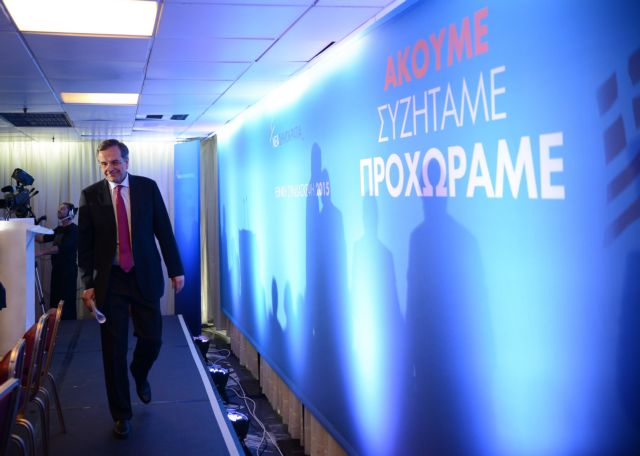 The imminent agreement between Greece and the country’s creditors is causing divisions within the main opposition party, bringing back memories of a similar split in February 2012 over the second bailout program.

In his Thursday evening speech in Halkidiki, Antonis Samaras claimed that the new agreement will be a third (and harshest) bailout program and “14 times the Hardouvelis email”, suggesting that he will vote against it in Parliament. Although may New Democracy MPs are openly against a new agreement, a number of MPs believe that the party must support the government’s agreement.

European Commissioner and ND vice president Dimitris Avramopoulos was more moderate in his approach and underlined that the upcoming agreement must be supported, since the country’s survival is at steak. Many more liberal MPs and officers loyal to the Karamanlis family are in favor of the agreement, as it will secure the country’s Eurozone membership

The verbal argument between Dora Bakoyanni – who has called for a change in party leadership following the electoral defeat – and Dimitris Stamatis – one of Mr. Samaras’ closest allies – on Thursday in Parliament is indicative of the tension within the main opposition party.