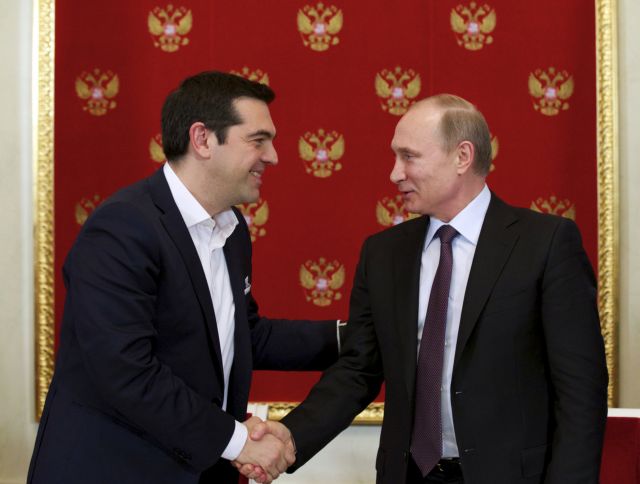 The meeting between Prime Minister Alexis Tsipras and President Vladimir Putin in Moscow was of “historic significance”, according to the Greek government, as it signals a new start and reestablishment of Greek-Russian relations.

In response to intense pressure and hasty reactions from Europe, both leaders reiterated the European perspective and outlook of Greece in their statements, while avoiding any references that may cause friction with Brussels and Berlin. This was reflected in President Putin’s statement that he understood how Greece was forced to approve of sanctions against Russian.

During the talks, it became clear that the possibility of excluding Greece from an embargo on EU-produced agricultural goods would not yield any results. As such, the discussion focused on cooperation in joint business ventures. A greater discussion took place regarding the expansion of the Turkish Stream natural gas pipeline in Greece.

The statements on this subject were careful, with President Putin noting that careful planning and coordination was needed with the participation of Gazprom and relevant ministries in Athens and Moscow. The Russian President underlined that Greece’s geopolitical role in the European energy sector could be enhanced, as the pipeline may generate millions of euros on an annual basis.

When asked about the possibility of financial aid, the Greek Prime Minister responded that “Greece is not a beggar” and stressed that the financial crisis is not just a Greek affair, but rather a European problem, which requires a European solution.