The Minister of Finances Yanis Varoufakis told RealFM 97.8 that the negotiations for the restructuring of the Greek public debt… 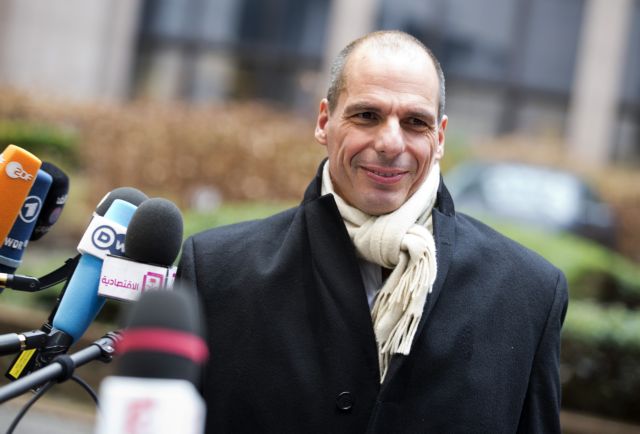 The
Minister of Finances Yanis Varoufakis
told RealFM 97.8 that the
negotiations for the restructuring of the Greek public debt will begin
immediately, while clarifying that the Greek government has ruled out the
possibility of a 3% primary surplus goal.

Mr.
Varoufakis explained that a 3% goal would be “catastrophic” and “out of
discussion” and conceded that a 1.5% goal is more realistic. He further
explained that a restructure is necessary, if the debt is to be reduced to 120%
GDP, in accordance with the November 2012 agreement. He further explained that
Greece is not simply requesting an extension of the debt, bur rather a swap,
while pointing out that the European Union, European Central Bank and
International Monetary Fund have differing opinions on the matter.

According
to Mr. Varoufakis “some sides consider our proposal very positive” and that “the
troika has ended”. Nevertheless, the Greek government will continue to work
with the IMF, EU and ECB. Mr. Varoufakis added that the agreement for a
four-month extension was a great success and brushed off criticism of backing
down by asserting that the election campaign proclamations are a four-year
plan, while the extension agreement as a four-month deal.

He also confirmed
that at present there is no agreement regarding the funding deficit nor have
the resources been secured for the government’s ambitious growth measures. Mr.
Varoufakis reported that the goal of the agreement is to complete the extension
without the need of a bailout, with the funding deficit being the next step.

When asked
about specific measures, the Finance Minister said that the government would
not increase the VAT on the islands and announced that the “unacceptable” ENFIA
tax on real estate would be replaced in 2015. He also noted that auctions of
primary residences would be suspended over the next four months.

Regarding the
debt settlement of 100 installments, he announced that the measure would be improved
based on OECD proposals. Mr. Varoufakis also sated that the tax-free threshold
of 12,000 euros would gradually be introduced in 2015, depending on how
finances develop over the ear.

Later in
his interview he repeated his pledge to combat tax evasion, but declined to
comment what the goals would be. As for the privatizations, the Minister of
Finances underlined the importance of not “selling off the silverware” and
expressed the opinion that public assets could be taken advantage by creating a
growth bank.