The French slogan “Je Suis Charlie” dominated the streets in Athens, Thessaloniki and other cities across Greece, as thousands… 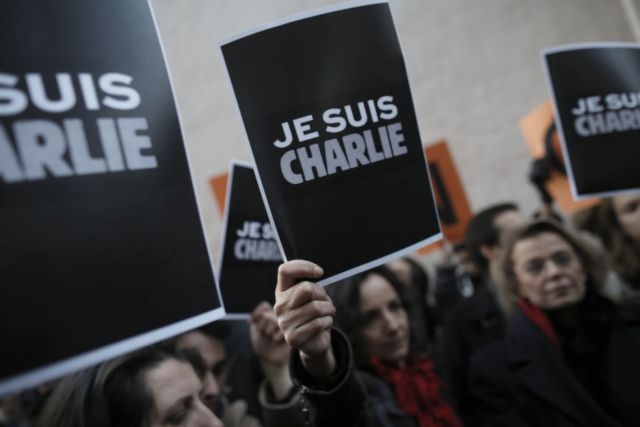 The French slogan “Je Suis Charlie” dominated the streets in Athens, Thessaloniki and other cities across Greece, as thousands participated in the solidarity demonstrations, in response to the barbaric and brutal attack in Paris.

On online people’s initiative, named “Je Suis Charlie – Athènes” announced that “no authoritarianism, no ideology, no invocation of religion, no violence will intimidate us to speak, write and paint what we want. Nobody can deny us the right to peacefully coexist with migrants, nobody can separate people who want to live in societies of reciprocity and common rules. We are not afraid!”.

The French Institute on Sina Street in down town Athens and on Stratou Avenue in Thessaloniki became the rallying points for many people, who gathered to express their condolences and support to the French people. Many families, ordinary people and political divs were present. Dora Bakoyanni, Vasilis Vasilikos, Zoi Konstantopoulou, Maria Repousi, Giorgos Floridis and Eva Kaili were amongst those present.