The Greek political theater of the absurd

The former Prime Minister and once president of PASOK Giorgos Papandreou, who introduced the first bailout and ruining the… 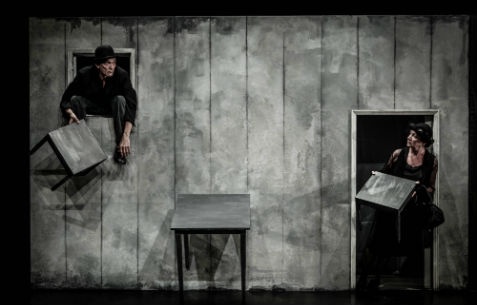 The former Prime Minister and once president of PASOK Giorgos Papandreou, who introduced the first bailout and ruining the most popular party since the restoration of Democracy, is planning on forming a new party, named “Change” according to our information.

The president of DIMAR, who left SYRIZA in order to form his party, is planning on disbanding his party so that he may return to SYRIZA.

Spyros Lykoudis, who left DIMAR in order to participate in the reconstruction of the center let, probably did not find any shelter anywhere so he is ending up with Stavros Theodorakis’ River, which up until recently, he did not consider the most appropriate expression of the Center Left.

Giorgos Floridis and Anna Diamantopoulou are attempting to form a new party, after their efforts for a greater reform movement fell on deaf ears.

Also, the new Left, which SYRIZA wants to represent, has shown that it is very distant from the mores of the greater faction, which has historically avoided like the plagues its involvement in observing, spying and entrapments.

The new Left of Mr. Tsipras did not hesitate to adopt these practices in order to prevail and avert the election of a new President.

And Mr. Samaras who promised a return to the markets a few months ago, getting rid of the troika and expelling the International Monetary Fund, is now referring to the threat of being ousted from the Europe in order to ensure conservative voters.

In other words, we are watching the perfect political theater of the absurd.

God be with us…