New Democracy: “We will not accept support from Golden Dawn” 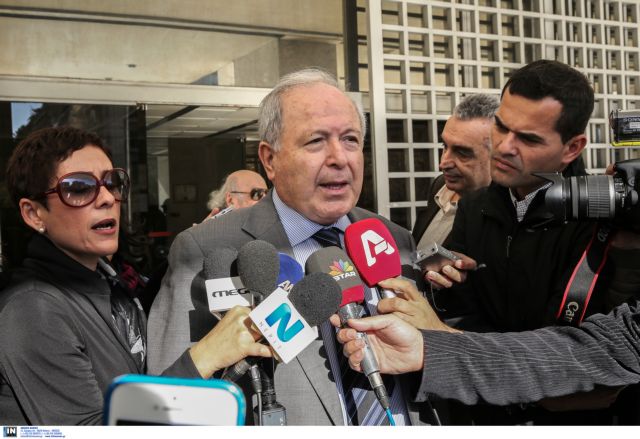 The possibility of accepting support from Golden Dawn in the upcoming third vote for the Presidential elections has been ruled our by New Democracy MPs Christos Markogiannakis, Kyriakos Mitsotakis and Dora Bakoyanni.

On Wednesday morning the Vice President of Parliament Mr. Markogiannakis told Mega Channel that his party will “not accept support from a criminal organization”. The Minister of Administrative Reform also stressed on that “I will not cooperate with Golden Dawn in the Presidential election”.

Mr. Mitsotakis went one step further arguing that DIMAR and ANEL are «essentially cooperating» since they have voted against Stavros Dimas. The Minister then declared his intention to vote against Mr. Dimas on Monday should Golden Dawn decide support the government-sponsored candidate.

Futhermore, Mrs. Bakoyanni revealed that quite a few New Democracy MPs are considering voting against the Presidential candidate in the third and final vote, should Golden Dawn decided to support Mr. Dimas on Monday. She argued that “New Democracy cannot allow such a phenomenon” and stressed that Mr. Dimas “will not have the prestige that he deserves” if he elected thanks to “a party that is accused of being criminal organization”.

A report in Ta Nea explains that Golden Dawn may attempt to influence the outcome of the Presidential election. While the neo-Nazi party’s 16 members of Parliament have so far voted against the candidacy of Stavros Dimas, recent rumors suggest that an agreement with New Democracy can be reached, in order to avoid general elections.