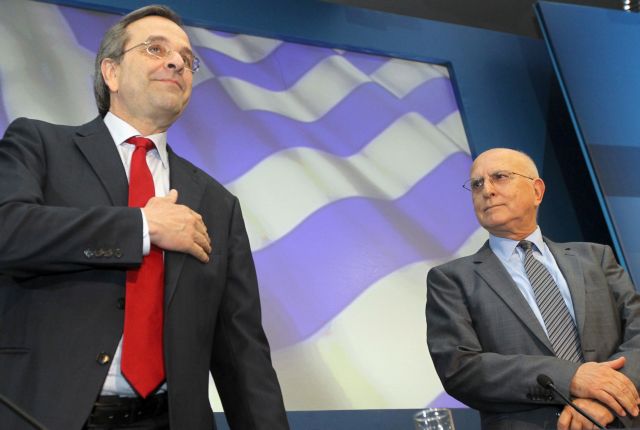 The second vote for the Presidential elections is scheduled to take place in Parliament on Tuesday amidst a polarized tense climate, which has escalated following the revelations of Independent Greeks MP Pavlos Haikalis.

Independent MP Vasilis Economou told the Athens-Macedonia News Agency on Sunday that he will vote for Stavros Dimas in the second and third vote. Mr. Economou explained that he was covered by the proclamations made by Prime Minister Antonis Samaras.

The Prime Minister’s proclamations also appear to have convinced independent MP Yannis Kourakos, who told AMNA that he will vote for Mr. Dimas on Tuesday. Mr. Kourakos had previously set three conditions for supporting the Mr. Dimas’ candidacy, namely a broad consensus government, completing the constitutional review and calling elections in 2015.

On the contrary, independent MP Vasilis Kapernaros told AMNA that he will not be voting for Mr. Dimas in Tuesday’s critical vote in Parliament. Mr. Kapernaros explained that “since the two major parties want elections, let us go to elections and each can assume their responsibilities – I will vote ‘present’”.

Giakoumatos: «I disagree with my party – I want elections»

The Deputy Minister of Growth Gerasimos Giakoumatos appeared on Mega Channel on Monday and argued that he is in favor of early elections, contrary to Prime Minister’s efforts to reach a political consensus. Mr. Giakoumatos underlined that «I disagree with my party, I want elections so that we can end this story once and for all«.