Samaras: “I will not allow anyone to gamble with these sacrifices” 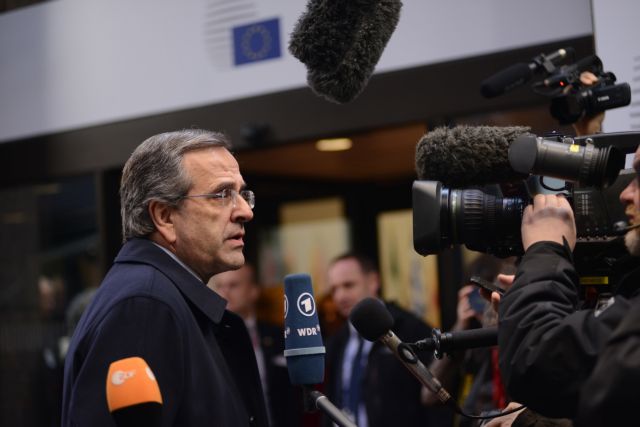 Mr. Samaras added that Greece had the highest Eurozone surplus in the third quarter and that the impressive recovery of the Greek economy is attributed to the Greek people’s “unprecedented sacrifices”. The PM further argued that the political stability in Greece would soon be resolved.

While the Greek bailout program is not on the EU summit’s agenda, it is rather certain that the Prime Minister would discuss any developments with his EU counterparts on the summit sidelines. The first vote in the critical presidential elections was covered extensively in the international press.

The intention of the Prime Minister is to reassure his partners that he will maintain the political stability in Greece by electing a new President of the Republic, confident that the Greek MPs will realize that the country cannot afford to enter any new adventures. Mr. Samaras expects support from his European partners in order to complete the outstanding troika review and come to an agreement for the next day.

The Prime Minister is accompanied by government spokeswoman Sofia Voultepsi, the Ministers of Finances Gikas Hardouvelis and Growth Kostas Skrekas and his consultant Stavros Papastravrou.