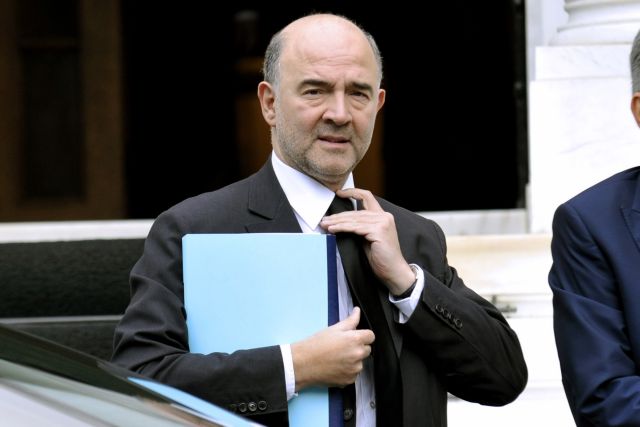 The European Commissioner of Economic and Monetary Affairs Pierre Moscovici has favored a much lighter and less invasive supervision of the Greek economy.

Mr. Moscovici, who recently visited Greece, argued that despite the huge public debt and the high rate of unemployment Greece has returned to financial growth and urged taking advantage of this development.

An agreement for the much-discussed emergency conditions credit line is likely to be approved and implemented after the current bailout program concludes. This credit line will be accompanied by supervision of the country’s finances, but to a lesser extent than before.

This supervision would focus on ten important areas, rather than extend to all aspects of the economy and would include two annual meetings, rather than the constant presence of the troika.