Juncker: “I wouldn’t like extreme forces to come to power in Greece” 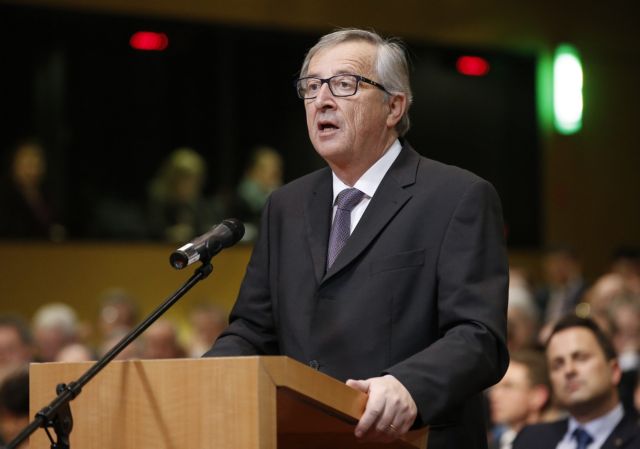 The European Commission chief Jean-Claude Juncker has made a direct intervention in domestic political affairs by warning Greece against “a wrong election result”, according to a report on euobserver.com.

Specifically, Mr. Juncker spoke during an Austrian public TV debate and noted said that “I wouldn’t like extreme forces to come to power” and that “the Greeks – who have a very difficult life – know very well what a wrong election result would mean for Greece and the eurozone”.

When asked whether he means the main opposition party SYRIZA, the European Commission chief responded that he “would like Greece to be ruled by people who have an eye and a heart for the many little people in Greece and who also understand the necessity of European processes”.

He then added that “each party who stands for election has to live up to these standards and I won’t comment on the chances of one or the other party, but I would prefer if known faces show up”, in a direct reference to Presidential candidate Stavros Dimas. Mr. Dimas has previously been a European Commissioner.

SYRIZA has responded to the European Commission president’s comments and unnamed officers told the Athens-Macedonia News Agency that “it is understandable because the supporters of bailout policies in Greece and Europe support each other”. They added that majority of European people and officers “respect the intentions of the Greek people and have raised an issue of reevaluating dominant policies in Europe”.