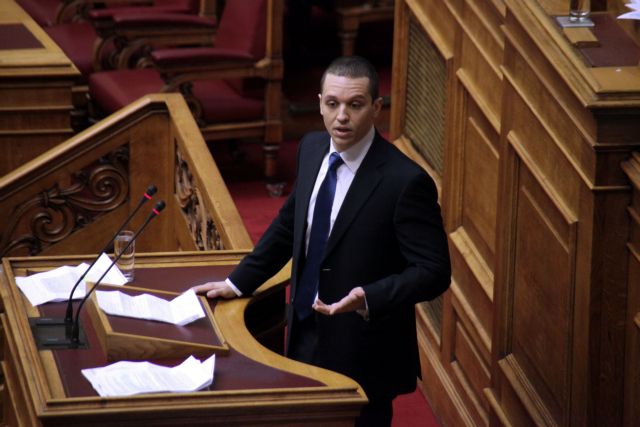 The detained Golden Dawn MP Ilias Kasidiaris was transferred under heavy police guard from the Korydallos Prison to Parliament, to attend a debate on lifting his parliamentary immunity in relation to the unlawful video-taping in the Baltakos scandal.

The immunity was lifted after 219 MPs voted in favor, 18 against and one voted “present”. The MPs also voted to lift the immunity of Golden Dawn MPs Panagiotaros, Boukouras and Barbarousis (222 in favor, 13 against and 3 present).

In the video a voice is heard saying “tell the tall Panathinaikos fan to f**k the next three who will go”. Kasidiaris claims that the “Panathinaikos fan” is a judicial officer and that the “three” are MPs Germenis, Iliopoulos and Boukouras.