Despite reports of his health further deteriorating, Nikos Romanos is continuing his hunger strike for a 26th day, demanding an… 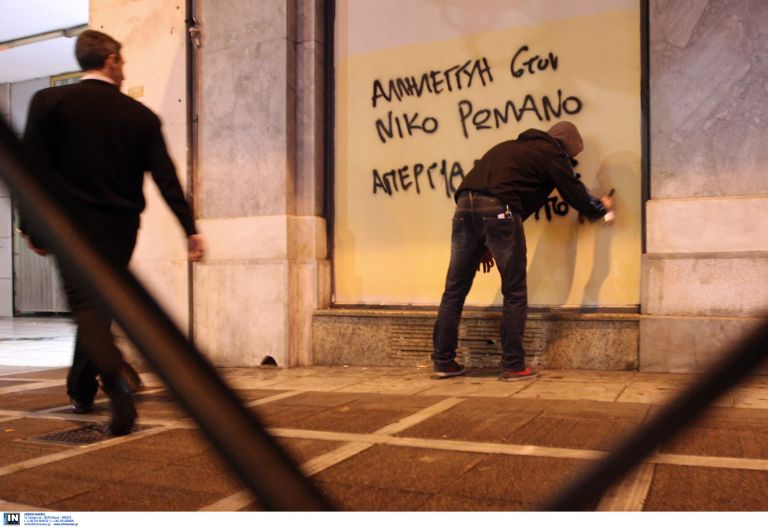 Despite reports of his health further deteriorating, Nikos Romanos is continuing his hunger strike for a 26th day, demanding an educational leave in order to attend his university studies, after successfully passing the entry exams.

On Friday morning the attorney of Romanos Frangiskos Ragousis told Mega Channel that his client feinted on Thursday, but remains adamant about continuing his hunger strike. Ragousis stressed that Romanos’ life is danger and argued that the government has the duty of providing a solution.

Yannis Michailidis, who was arrested and convicted with Romanos for the double robbery in Velvento, has also gone on a hunger strike and issued a statement in support of Romanos and the solidarity actions. In his statement he addresses Romanos and urges him to “hang tough, you have messed up their celebrations so far. You will not buckle, so they will bend. I stand by your side until the final victory”. Michailidis also warned the Minister of Justice Charalambos Athanasiou that “I am very hungry. If you murder Nikos the only thing can satiate me again is your throat”.

Demonstrations of solidarity all over Greece

The response to Romanos’ hunger strike has been massive, with scores of demonstrations and protests being organized in solidarity all of Greece. Protesters have also occupied various buildings, including the central building of the GSEE trade union in down town Athens and the municipal offices in Iraklio and Rethymno.

In Thessaloniki protesters have occupied the Olympion cinema on Aristotelous Square and the central administration building of the city’s university. In Patra protesters have reportedly reoccupied a university building which had been used a squat for years, until being shut down in 2013.

On Friday afternoon protesters have arranged to demonstrate outside the G. Gennimatas hospital, where Romanos has been taken for medical observation.