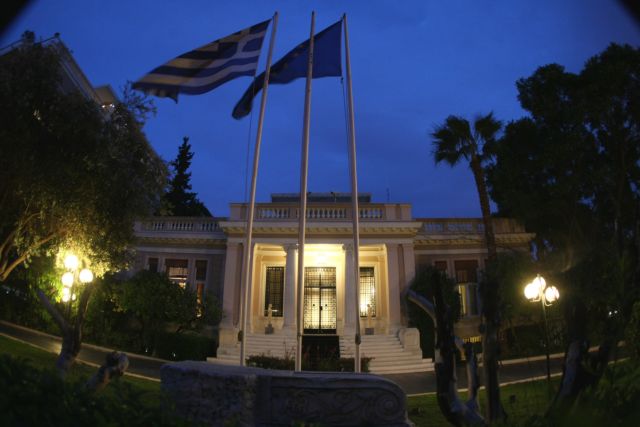 The coalition government is expecting a response from the troika on Tuesday regarding its return to Athens for the completion of the bailout program review. Government sources have told To Vima that there is a good chance that the troika return would occur in the next couple days.

The same sources also stress that late on Monday evening there were consultations between the European Commission and the IMF, in order to convince the later to resume talks in time for the Eurogroup on the 8th of December.

At the same time the Greek side has told the IMF that it will not back down on any further issues and that the non-acceptance of the Greek proposals (or VAT, public sector and pension funds) will automatically result in a deadlock.

Some European sources have reported that the beyond the issues posed by the IMF (such as a new market and services deregulation via the infamous OECD toolkit), the European Central Bank has also expressed its objection on a number of matters.

Government proposals may prove to be controversial

The Ministry of Finances’ proposals in order to convince the troika to return to Athens to complete its review of the Greek bailout program may prompt reactions from within coalition, aside from the opposition. Aside from the proposed increase of the VAT in hotels from 6.5% to 13%, the Minister of Finances Gikas Hardouvelis has offered to repeal the 30% discount on the emergency solidarity tax in July 2015, should there be a shortfall in revenue.

This particular tax was introduced at the onset of the crisis a purely temporary measure that was to expire at the end of 2014, but the coalition government decided to extend it, albeit with a discount to placate reactions. Other additional measures that may prove controversial and difficult to support are the introduction of a luxury tax, as well as increasing taxation on tobacco and alcohol.