Tsipras reserved over timing of Supreme Cooperation Council with Turkey 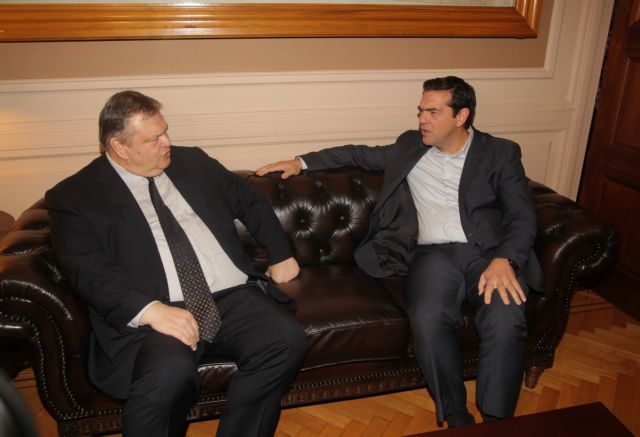 The leader of the main opposition Alexis Tsipras met with the Minister of Foreign Affairs and government Vice President Evangelos Venizelos shortly after 1pm on Monday in order to discuss the latest developments in foreign affairs.

Mr. Tsipras, who insisted that no domestic issues were discussed with Mr. Venizelos, expressed his reservation over the timing of the Supreme Council of Cooperation with Turkey in December and stated that all efforts must be made so that the international community pressures Turkey into withdrawing the Barbaros from the Cypriot EEZ.

Mr. Venizelos on his behalf noted that the discussion was both meaningful and interesting. He stressed that a national consensus and united front is necessary in foreign affairs and argued that Greece works towards deescalating tensions. Mr. Venizelos also avoided mentioning whether he discussed any domestic or financial affairs with the SYRIZA president.