Lakis Gavalas rearrested over outstanding debts towards the State

The celebrity fashion designer Lakis Gavalas has been arrested for outstanding debts towards the State, due to an outstanding… 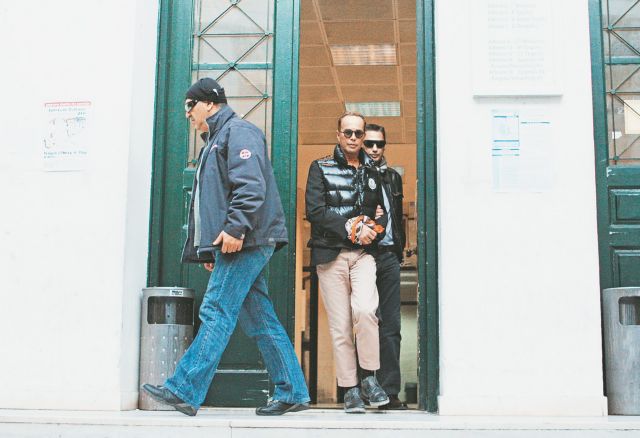 The celebrity fashion designer Lakis Gavalas has been arrested for outstanding debts towards the State, due to an outstanding court verdict from five years ago. After appearing in court later in the day, he was set free.

Mr. Gavalas’ prison sentence was converted into a 70,000 euro fine, which he was however unable to pay in one lump sum. After being taken to court, Mr. Gavalas arranged to pay it off in installments.

The fashion designer complained that he has faced serious financial problems since 2010 and has not received any help from the banks. He also that his salary for his appearances on ANT1’s Dancing With the Stars has been seized by the sate in order to pay off other debts.

This is the seventh time in three years that the fashion designer has been arrested for debts. In June 2013 Mr. Gavalas bestowed a plot in Kantza worth 33.7 million euros to the State, in order to clear a 17-million-euro debt.