About 500 Syrians have been protesting outside the building of Parliament for the sixth day running, demanding that they… 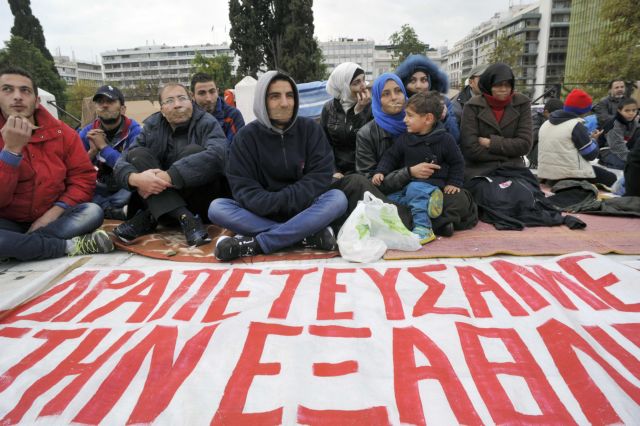 About 500 Syrians have been protesting outside the building of Parliament for the sixth day running, demanding that they officially be recognized as refugees. Today the protesters began a hunger strike, with one woman being hospitalized at noon with symptoms of hypothermia.

The Syrians have requested that Greek authorities provide them with food, shelter and medical attentions, while many have asked to leave for other countries, where they have family.

On Sunday evening representatives from the Ministry of Interior, District of Attica, Municipality of Athens, the UNHCR, asylum services and the Syrians met to discuss solutions for temporary housing.

The District Governor of Attica Rena Dourou met with the Syrians on Sunday and announced that the was in touch with Archbishop Ieronymos, the Minister of Public Order Vasilis Kikilias and the Deputy Minister of Interior Giorgos Dolios to solve the housing problem.