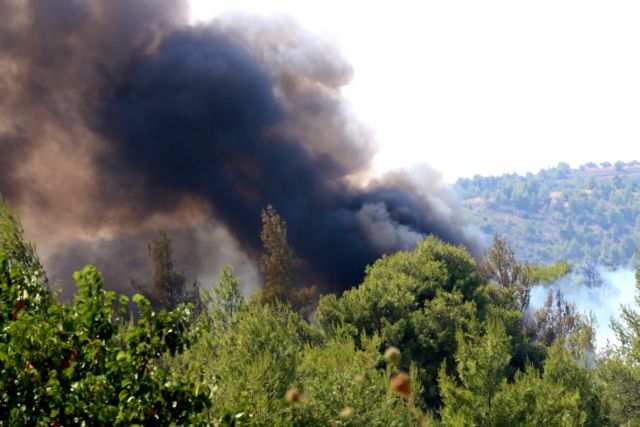 A forest fire broke out in the Koutsoura area near Ierapetra in Crete late on Sunday afternoon and has continued to burn due to the strong winds blowing in the region.

The area where the fire broke out is remote, making it difficult for fire fighters to approach the fire. Fire fighters and vehicles from Rethymno have reportedly been deployed to assist in the operation.

So far no homes are reported to be at risk.