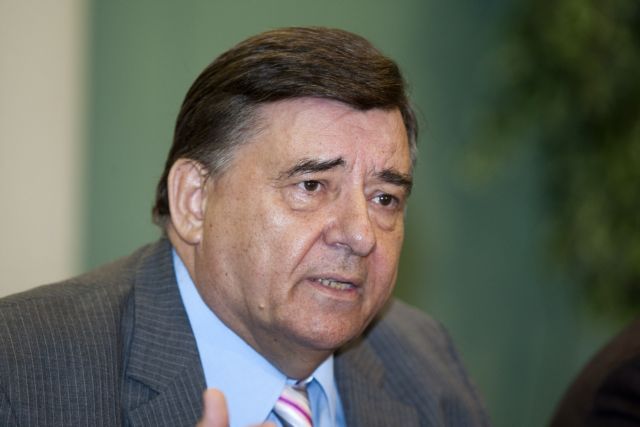 The investigation into the finances of LAOS president Giorgos Karatzaferis has revealed about 6 million euros in his accounts, which appear to be involved in a series of bribes related to various military armament programs. Investigations are being carried into the origin of Mr. Karatzaferis’ other assets, which amount to 20 million euros

Should charges be brought against Mr. Karatzaferis he would be facing three major felonies – money laundering, submitting a false asset declaration and illegally owning an off-shore company. A close family member of Mr. Karatzaferis is also rumored to face similar charges. Prosecutor Panagiotis Brakoumatsos is awaiting confirmation from Parliament next week regarding the charges. The investigation has shown that 5.5 million euros were found in two offshores belonging to Mr. Karatzaferis and names five other people who were involved in the bribes.

Three of those involved in the bribes – Th. Moschos, I. Rammos and P. Strantzalis – are military officers, while the other two – Stavros Komnopoulos and Alexandros Tsatsos – are owners of French company Kestrel. The French company acted as a middleman in the purchase of four AS 332 CI Super Puma helicopters from the Eurocopter firm in 2000, which cost 61,741,925 million euros, with a 5.5 million euro commission.