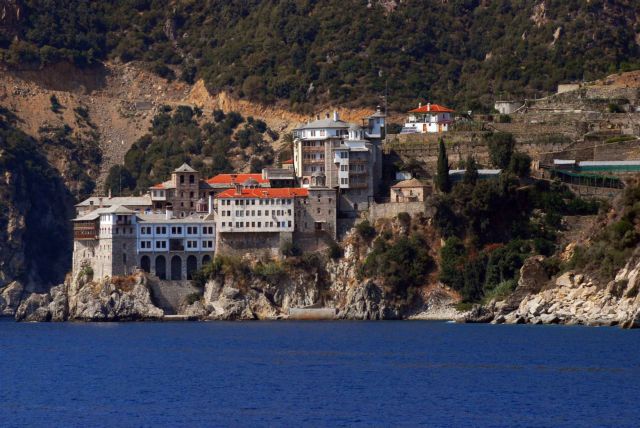 The Police announced the arrest of a 48-year-old man on Mount Athos who had been convicted to three life sentences over a number of financial crimes against the State.

According to the police report, the 48-year-old man had been posing as a monk for the past eight years and used to work as a revenue inspector for the municipalities of Dafni and Imittos. The 48-year-old was found to have embezzled about 9 million euros of municipal funds between 1995 and 2002.

The 48-year-old, who was convicted in absentia by the Felony Courts in Athens, is also facing 13 more judicial cases for fraud, forgery, embezzlement, debts towards the State. He received a prison sentence of three life times, nine years and 69 months.

The man had been posing as a monk and lived in hermitages and cells for the past eight years. The local police department had recently received information regarding his true identity and arrested him in Karyes on Mount Athos on Monday.