“We also have Rules of Engagement” stresses high-ranking military source 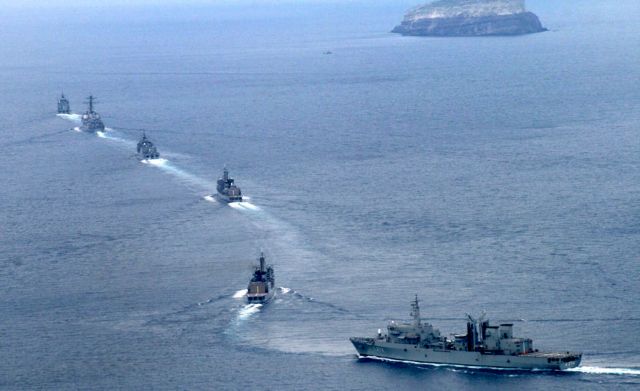 A high-ranking military source has told To Vima that Greece also has rules of engagement in defending the country’s national interests, in response to comments made by a Turkish Navy Admiral.

The Turkish Navy Admiral Bulent Bostanoglu recently told journalists that Ankara has defined its rules of engagement in the Eastern Mediterranean. The Ministry of National Defense believes that the Admiral made the comments were “meaningless” and intended to placate Turkish popular opinion.

The military source that spoke to To Vima clarified that the Armed Forces will not be taking any further measures and are always in a state of preparation to respond and implement its own rules of engagement in case of a self-defense and provocation. The source also confirmed that Turkish movements in the Aegean are closely monitored.

Following the recent joint communiqué between Greece, Cyprus and Egypt, some suspect that Ankara’s aggression was intended to initiate negotiations over disputes. At present Turkey is conducting seismic surveys in the Cypriot EEZ, the cessation of which Greece and Cyprus have demanded.

Ankara has observed a policy of “mutual abstinence” in disputed areas, as in the case of the Imia Islets, in an effort to create de facto grey zones. With Greece and Cyprus arranging a new trilateral summit with the participation of Israel, Turkey may further increase its aggressions in the sensitive region.