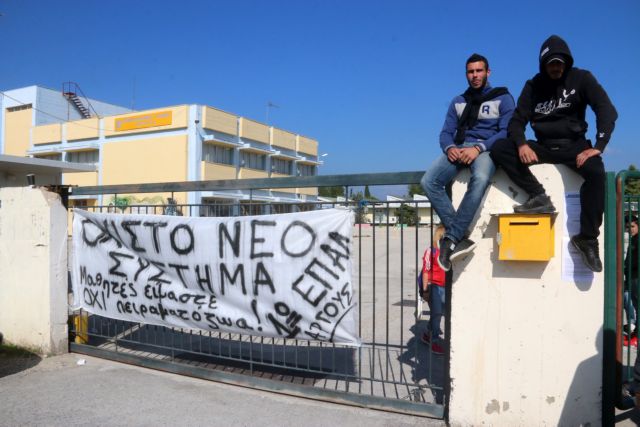 The Supreme Court Prosecutor Efterpi Koutzamani has demanded that prosecutors investigate the occupation of schools within their jurisdiction, in order to determine whether their operation is affected in order to avoid lost teach hours.

The prosecutors has referred her colleagues to a circular issued by the current National Coordination in Combating Corruption Yannis Tentes in 2009, which includes provisions for instances where damages are caused to public property, where students are found to exhibit criminal behavior and whether parents can be prosecuted for neglect of a minor.

So far however there have not been any instances of extracurricular interventions or damages caused to property. The circular allows authorities to prosecute such crimes ex officio.

At present an estimated 500 schools across Greece have been occupied by students, who are demonstrating against the underfunding of the schools, the “new high school” bill that was ratified last year and includes controversial provisions for an examination subject bank and introduces changes to the exam process.

The Minister of Education Andreas Loverdos appeared in Parliament on Tuesday, where he expressed his deep concern on the matter. On Wednesday morning he appeared on ANT1 morning to clarify that he did not call for the prosecutor to intervene in the matter. Mr. Loverdos noted that there are however provisions in place to make up for lost teaching hours.